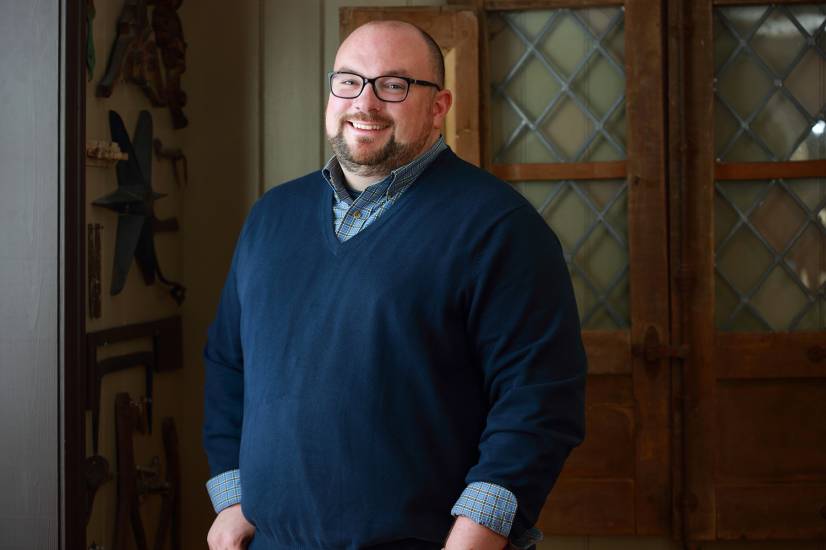 Justin Detwiler joined John Milner Architects in 2005 and currently serves as a Senior Project Designer. His experience includes architectural design and historic preservation, and he manages both residential and institutional projects.  His strong attention to detail is informed by his deep understanding of historic precedent. Justin received his Bachelor of Architecture degree from Philadelphia University and has served as an Adjunct Professor in the school’s College of Architecture and the Built Environment (now Jefferson University) since 2003.  A resident of northwest Philadelphia, Justin is active within the city’s historic preservation community and serves on the Architectural Committee of the Philadelphia Historical Commission, along with the Property Committees of The Wyck Association and The Woodmere Art Museum. He currently serves on the Board of Directors of the Philadelphia Society for the Preservation of Landmarks and is Chair of its Property Committee. Justin has served as a trustee of several non-profit organizations including Hidden City Philadelphia and the Elfreth’s Alley Association.  He is a member of the Preservation Alliance for Greater Philadelphia and was a founding member of its “Young Friends” group. A native of northeastern Pennsylvania, Justin studied at the American University of Rome, Italy and was selected for England’s prestigious “Royal Collection Studies” program by the Royal Collections Trust, and the “Summer School” of the Attingham Trust for the Study of Historic Houses and Collections. He was named a Royal Oak Foundation Scholar in 2013 and the Stuart G. Rosenblum Scholar in 2019. He also received the Edward Maverick Prize in 2013.  Justin’s designs have been published in Architectural Digest, Period Homes, Traditional Home, as well as several books and publications. As the owner of Three Evergreen Antiques since 2004, Justin enjoys collecting and selling American and European antiques and decorative arts.