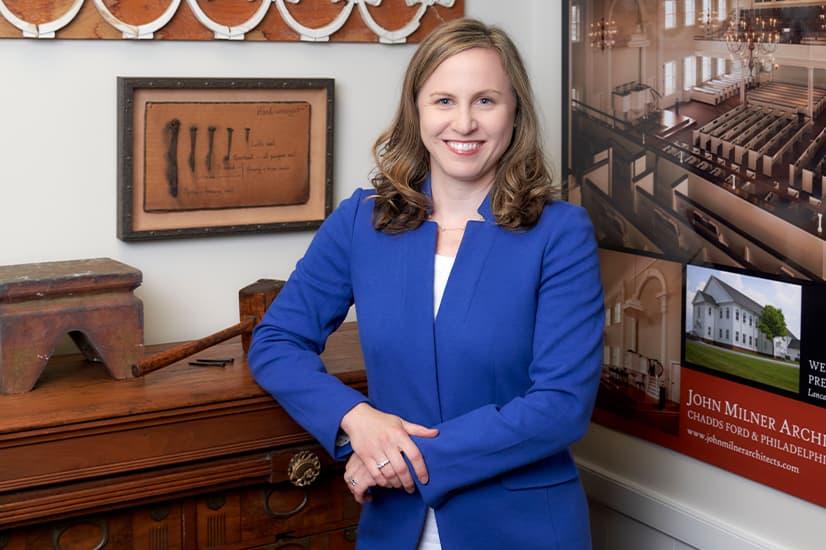 Alanna Piser joined John Milner Architects in 2013 as Preservation Designer. Alanna prepares historic preservation documents including Historic Structures Reports and Historic Tax Credit Certifications, surveys and assesses historic buildings, and assists with the development of design and construction documents for a variety of projects. She has lived in London and Mexico City, sparking her interest of architecture and historic preservation at a young age. Alanna received a Bachelor of Arts degree in Interior Design from Marymount University, where she spent a semester studying at Lorenzo de' Medici in Florence, and a Master of Science degree in Historic Preservation from the University of Pennsylvania, where she traveled to Shanghai for an urban conservation course and the Balkans for a European conservation course. Alanna is a member of the National Trust for Historic Preservation, a board member of Friends of Sellers Hall, and a member of the Buildings and Grounds Committee for Ursuline Academy in Wilmington, Delaware. She enjoys running, mountain biking, traveling, and spending time with her husband and two daughters.